It seems like it’s always hard to get the group together during summer time. Vacations abroad, visiting relatives and other activities demand a lot from us family folk. Despite this we actually managed to get four of us together for a few games.

It was quite complicated and I’m sure we missed a few of the rules but I liked the mechanics of it. It seemed like a more advanced Settlers of Catan

and we spent some time reading the rules and prepping lunch for us and Magnus and Martin that were coming over a bit later.

The rules stated that you needed to be 14 years old to play it but my 9 year old, Isak, also played and understood all the rules without any problem.

The game took about 2 hours 30 minutes for me, Peter, Martin and Isak to play while constantly checking the rules.

At the end of the game Magnus showed up and we had lunch and started on Lords of Waterdeep. 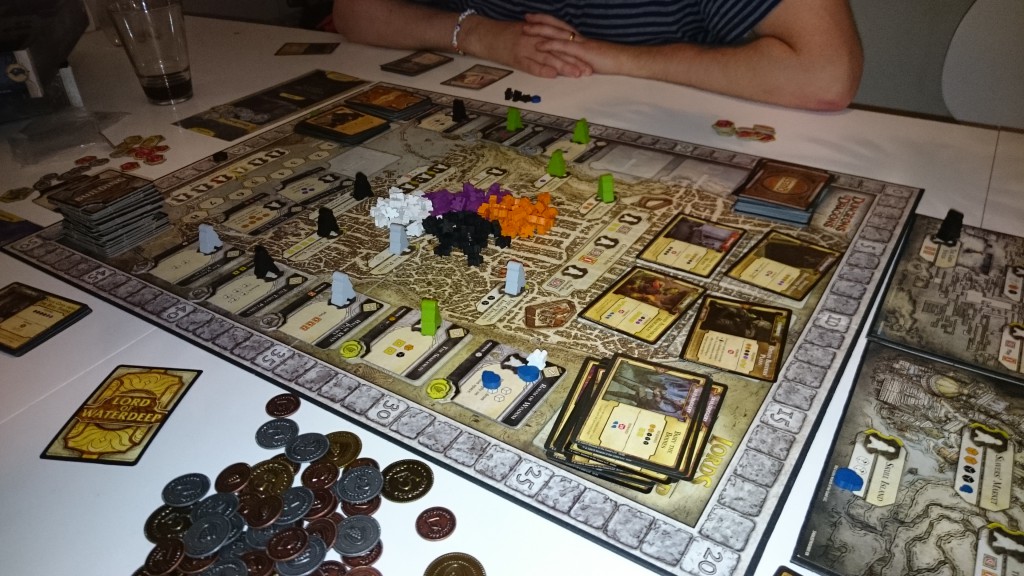 Lords of Waterdeep with expansion

that really makes it feel like you are paying or getting real fantasy money, if there is such a thing! They are originally for a game about wine, Viticulture

, but works for other games as well.

We managed two sessions of it before ending the day.