My kids new favorite game is an old classic from Alga.

The thieves try to steal as much money as possible from banks and post offices while the police tries to catch them. My kids always want’s to play as the thieves, figures! 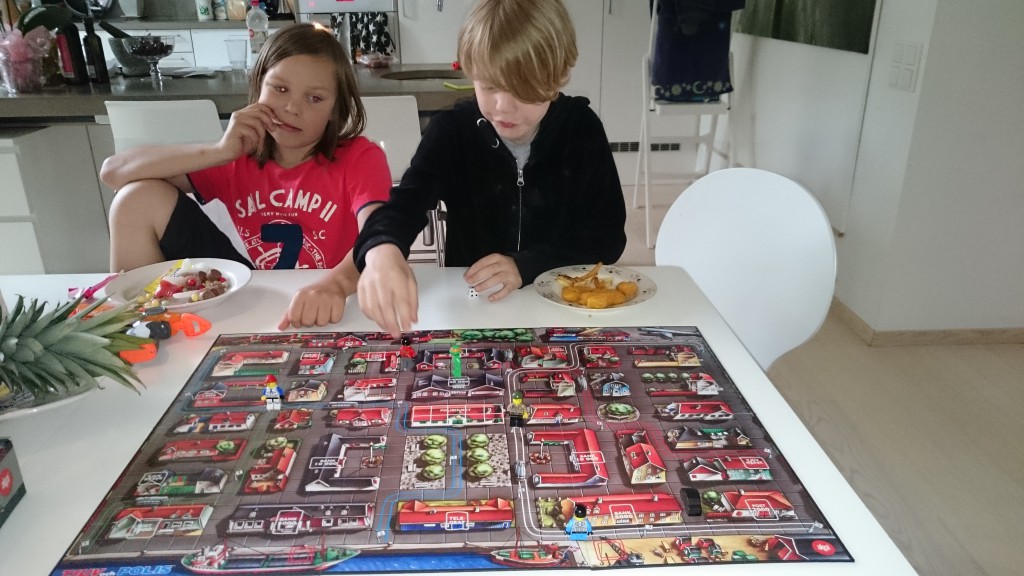 The game gets quite exciting for the kids as they are chased by my police while I make police radio broadcasts, alarms and siren sounds.

The kids make their own thieves and police by using Lego figures. The police force consists of Robo Cops, ninjas, military and secret agents while the thieves are all rugged, unshaven, long time criminals.

Playing Cube Quest with my brother