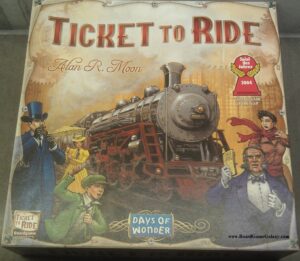 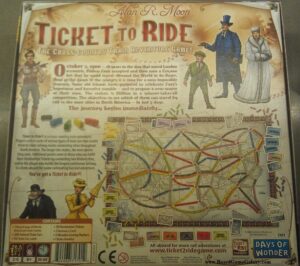 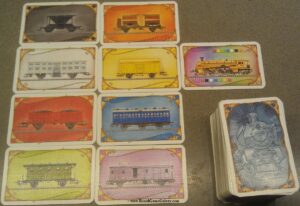 Points
You score points based on how long routes between the cities you claim, a route two carts long will only give you two points but a four cart route will give you 7 points, but you also gain points by how many missions you accept and succeed in doing. If you fail to complete a mission you will recieve a deduction of the same amount of points that the mission would have given you. So you are taking a risk going for the long routes but it will be worth it if you manage to complete it. 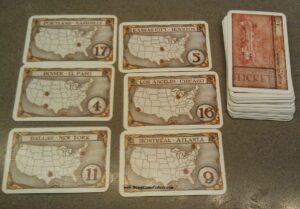 Gameplay
The game is deceptively simple. On your turn you may only do one of the following: receive new missions, claim a route by putting wagons on it, take two unknown cards or one card that you know about. If you only pick cards that you know the color of you might be able to claim the connection you want right now but you run the risk of someone figuring out what you are doing and claiming the route before you can and you’ll also run out of cards in your hand faster. On the other hand, if you only pick unknown cards you have no idea if you will ever be able to claim the routes you want before someone else does since you’ll probably take longer to get the right cards, but you will have more cards for future plays. 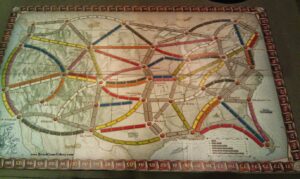 The game is fun and tension rises as you are gathering cards in order to be able to claim your mission routes before someone else claims it. You can claim short routes faster but that won’t gain you as much points as longer routes will and if your desired route is already claimed you will have to gothe long way around which will give you fewer carts to finish missions with. 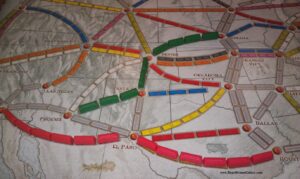 Target audience
This game definitely targets a wide audience. I’ve enjoyed playing it with my 8 year old son as well as with my hard core gaming group. 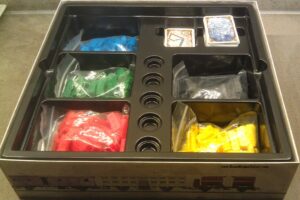 There are lots of trains, wagon and mission cards as well as the game board but everything fits neatly into the box.

The token are of a very good quality and you even get a few extra carts in case the go missing or are broken. 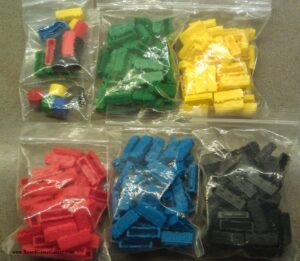 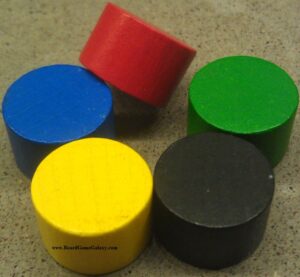 Recommendation
If you don’t already have the game I would suggest that you buy it. It’s been a bestseller for over 10 years for a reason.

Where to find it
Find the game on Amazon for US customers here:  Ticket To Ride

.
Find the game on Amazon for European customers here: Ticket to Ride